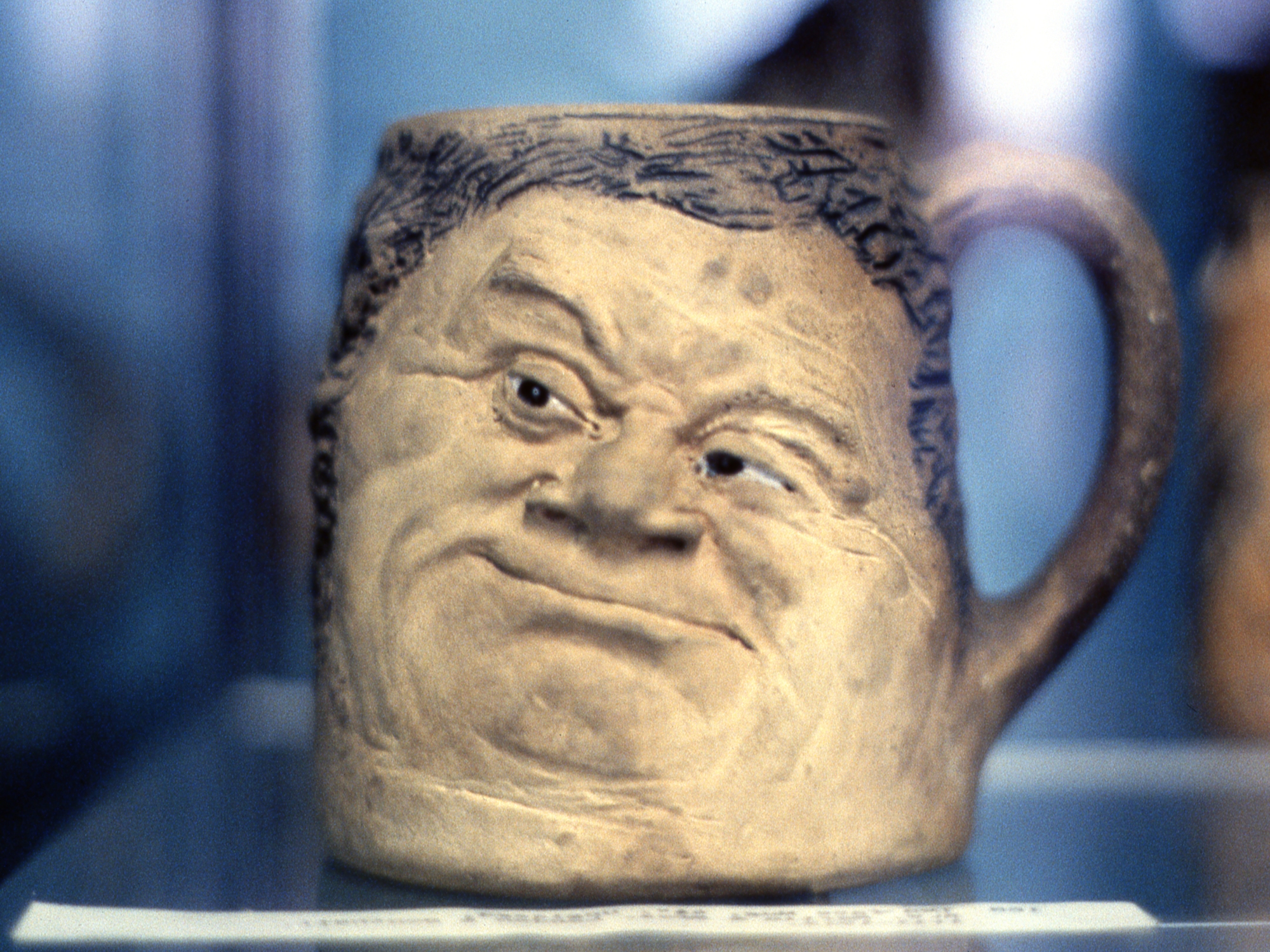 Another example – one of many – “character mugs” produced by the Martin Bros Pottery.

The heading refers to an idea I had for a short animated sequence, based on a set of character mugs and vessels and set in a court room presided over by the “Judge” pitcher and where the judge interrogates the accused, whose reply contradicts the witness statement (another mug) and ends with the line in the heading.

The designs have a very lifelike quality unlike, for example “Toby Jugs”, where the expression is very often fixed and generic, and would lend themselves to either stop-motion or drawn animation.